We have got summer heat and I am not referring to the weather. Now is the time for some sizzling summer romance and Snoh Aalegra has the song for it. Get ready to be all in your feels because this sultry single ‘Dying 4 Your Love’ makes you miss being with that special someone.

There is also a stunning music video that accompanies this new single. The video follows the artist in a galactic setting, involving meteors, holograms and other futuristic elements. Thanks to the direction of I.P.W, this video has become one of her most visually appealing music videos yet.

Roc Nation’s, Snoh Aalegra, is one of the most popular R&B artists in the scene right now. Her unique voice has got everyone in a trance, much like the iconic Prince did in his time. Well here’s an interesting fact, Snoh Aalegra was a protégé of the legendary artist. Prince mentored her for two years right up until he passed away in 2016. Talent recognizes talent and Snoh has much of it.

Her 2019 sophomore album Ugh, those feels again was a musical sensation that became the #1 R&B album on iTunes. It also received critical acclaim from Vogue, Elle, NPR, Pitchfork, Associated Press and other newsworthy publications. This album launched her into the world of fame and success. One of the most loved songs titled, “I Want You Around” was even included in former president Barack Obama’s, “favourite music of 2019” playlist, as well as Michelle Obama’s 2020 playlist. 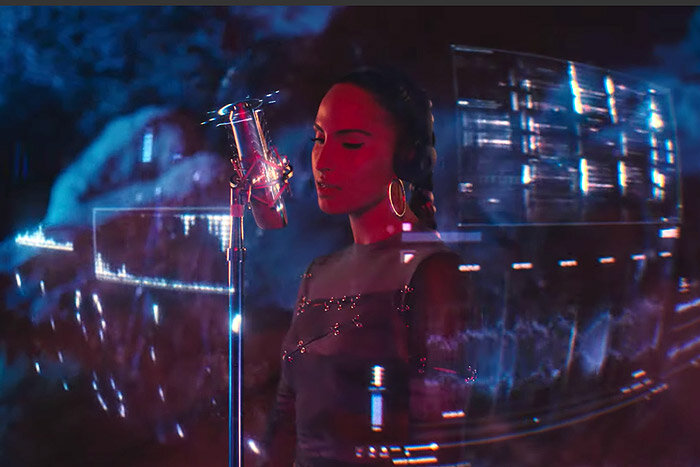 By the end of last year, Snoh dropped a music video for “Woah” which featured her love interest actor Michael B. Jordan, and a remix for the same song featuring Pharrell Williams. If these weren’t impressive enough, Snoh has also worked with other distinguished artists such as Toronto’s own Drake, John Mayer, Vince Staples, Common, Boi-1da, RZA and so many more. Early this year, she also worked with Toronto R&B group DVSN, where she was featured on their latest single “Between Us”.

This singer/songwriter has so much more in store for us. Today, she releases her single ‘Dying 4 Your Love’, but in the approaching future, she plans on releasing a full body of work later this year or in early 2021. Since last year, she has built an incredible platform, gaining more fans by the day, who will surely be looking forward to her upcoming full-length project.