We got the opportunity to talk to UBB about their come up as well as their new single “KULT FREESTYLE”, which is available everywhere now. We’re saving a portion of the interview for the album release so be sure to be on the look out for the full interview as well as more music.

When we asked UBB what brought them together, they admitted it was their shared experiences. Growing up, they were too foreign to be Korean, but too Korean to be anything else. It was through the expression of music and art that they realized that they weren’t alone in their struggle. If anything, they were at an advantage.

Now, the trio are confidently expressing themselves through the music that they love to make, and the best part? They get to do it together.

It’s bigger than music for the self-proclaimed “obnoxious” Boyband, they’re here to inspire generations to accept themselves and each other for who they are. Whether you like it or not, Uptown Boy Band is here for you. The KULT is always accepting new members.

Their newest release, “Kult Freestyle”, is emphatic and shares the same hyper aggression that a song like OG MACO’s “Bitch You Guessed It” had. It is high energy and does nothing but bring large smiles and assertive head banging to those who listen. The perfectly executed trap production was handled by DeepHartt, an up-and-coming producer from Seoul, South Korea, as well as DutchRevz, a Mississauga-based producer who has worked with Young Tory and Jordan Solomon, among many others.

To compliment the energy of the song, director angelicamilash, producer Mikayla Fasullo and the entire Breathe Production Team filmed a music video that finds the UBB Boys going absolutely nuts alongside their peers and friends, including H8 MUSIC, 1472 , DEAD BEAT POSSE, BOY PAPE and DEADVERYSOON.

When we asked the guys how the song came about, they were very clear about what they were trying to accomplish.

Justin Trash: “You know how if you look at any KPOP groups, they have like a fan club, and they’re very culty, right? So just like we ignorantly and obnoxiously tell you we’re a ‘boyband’, we tell you to join our cult, and we just like being very obvious and showing our colours very straight forward – that way the work just speaks for itself.”

We also wanted to know about the inspiration/energy behind it.

Justin: “The inspiration for the song comes from our live shows and the energy there. So, when we write our trap songs, we do take that into account, like it would play out live.” 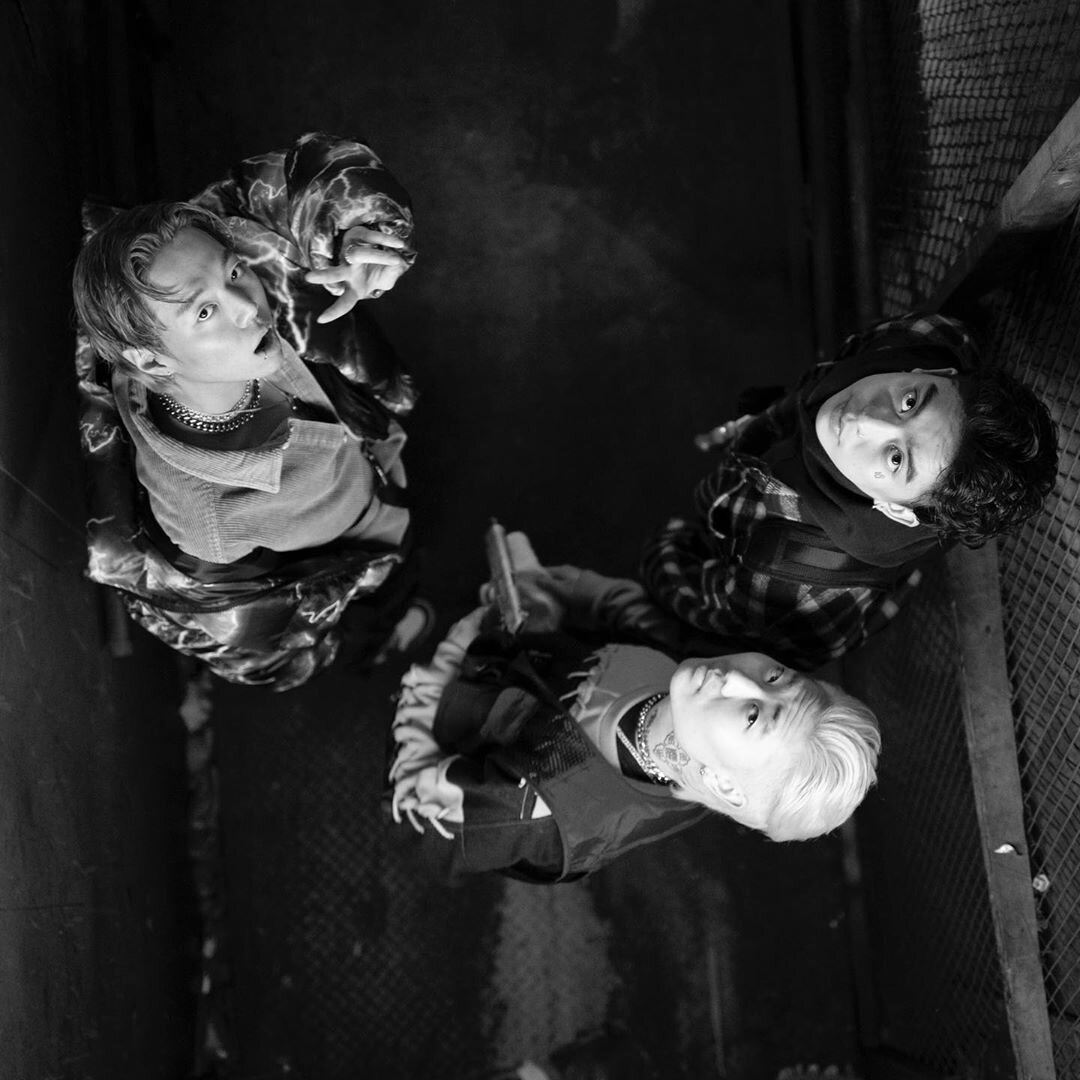 Joe Rascal: “Actually, I watched Scarface literally a few days before writing it and I know there’s some bad influences in that movie, but the fact that Tony Montana is y’know short like me [laughs], but made a voice for himself and made a cult… obviously it didn’t end in a good way, but we wanted to turn that around, ‘cause we want everyone to come up with us. No matter what.”

This mentality and these inspirations are nothing new for these guys. We asked them about the history of the song, and they told us it had been made over a year ago.

Joe Rascal: “The song we made approximately a year ago, and then the music video we made I think 3 or 4 months before the whole corona thing happened.”

Roc Lee: “We have a whole stash of music man. But we gotta strategically give the people what they need. And lead the way, y’know?”

Rascal: “It’s good to do it like we’re telling a story, like it doesn’t have to be rushed. It’s just gotta make a point.”

Which raised the question, how do they know when it’s time to release?

Justin: “Whenever the people want it, y’know? The way we move is so we don’t lose momentum. We freestyle this. We just go ‘okay this is the probably the best time to be doing it, this is how we’re gonna do our rollout’ stuff like that.”

Roc: “And at the same time, we always think about how we pace it. It’s like how when you watch a movie or whatever, it’s really important to pace the audience. So we think about the schedules a lot, like ‘what’s gonna go here, what’s gonna go there’ and just try to plan everything out so we can be as professional as we can in terms of releasing.”

Justin: “There definitely is a strategy. We always start with a pop song, just like the way we do in our shows. In our shows, we’ll play the likes of “Roller Girl”, “Read My Mind” – and then people are like ‘is this going to be the whole show?!’ but then we start turning it up, that’s why our follow up song is “Kult Freestyle.”

Rascal: “Also the album will be divided into ‘Heartbreak’ and ‘Heartthrob’. ‘Heartbreak’ is more like the trap side – the grunge and the heavy hype stuff. The ‘Heartthrob’ is more the like, ease in vibe, pop – the name in itself, right? It makes your heart throb. Strategically, we’ve been coming out like that. We like to get you warm in the water and then y’know, like unleash yourself.”

Roc: “We just try to make our music very versatile and I feel like the artist that we are heavily inspired by as well are very versatile. I want people to have an expectation of like… no expectation – if that makes any sense.”

Of course, it makes sense. You never know what you’re going to get from UBB. All you know is that you are listening 3 young men that have a lot that they want to bring to the world.

As we mentioned earlier, it’s not just about the music for Uptown Boy Band, although it certainly could be. These guys have started a movement, and a positive one at that. Them, the music they create, and the supporters that they encourage are here to inspire the world to be better.

Roc: “I just feel like once you understand what’s most important, you know it’s not supposed to be about who gets the most clout and all that shit, y’know what I mean? It’s literally about how impactful our music can be to the world. So, once we got that installed in our brains, the rest really didn’t matter. Honestly, when we first started doing music, we’d have jealousy and things like that but it’s like the more mature we got, we knew what was more important. Now we know how big our music is. It’s bigger than us, y’know?

Rascal: “I think a lot of us in Toronto see each other as competitors but what we’re forgetting is that we should be more collaborators. When you’re a competitor you’re by yourself, you’re always competing with everyone around, when you’re collaborating, everyone is going up with you.”

Justin: “We are slowly making a change into actually tapping into what this ‘New Toronto’ is going to look like. We’re here doing it. We’re living proof that this is going to happen, and no one is going to stop it.”

Be sure to check out UPTOWN BOYBAND’s “KULT FREESTYLE”, now available on all streaming platforms. Check out the music video above, and of course, show love to UPTOWN BOYBAND on all social media. Let them know Sidedoor sent you.