“Let a Little Light In” With MIPSO’s New Music Video

If you, just as me, have been feeling a little sad aka nostalgic lately, I know what will cheer you up.

Open the curtains and let a little light in — and it’s not just a piece of actual advice (c’mon, we’re almost in that saddest time of the year again, let the light in while it’s still there), but also a name of a new cool music video by MIPSO.

The first thing you’ll notice while watching it is how perfectly the music fits the video. I’m not only talking about the narrative and the idea itselfbut more about a vibe-matching. Both the song and the video are calm, quiet, maybe a bit playful, I’d say indie-like, but as you listen to the lyrics and look closely to band’s facial expression — everything starts totally make sense.

The video is showing the band wearing look-alike but still different outfits while engaging in ‘childish’ activities in various locations. At first, they’re appearing to be at some kind of a bus station, sitting there all bored, eating the melting ice-cream (and, to be fair, the ice-cream shots are one of my favorite: bright, colorful, and eye-catching). After, they’re celebrating someone’s birthday (given the fact that there are two golden balloons shaped as zeros, I’m guessing it’s either the track release or something even deeper). This scene also has really cool shots with birthday cakes spelling out the lyrics of the song. This way, at first there is a cake saying ‘13 candles make a ring’, spelled with an icing; and then there’s a cake with the name of the song. Then there are shots of them riding bikes, playing games, swimming in a kids pool; and in every shot, the band appears to be looking really sad and bored. And the weird thing is, it doesn’t create any cognitive dissonance!

This is because the initial idea of the video was to show the nostalgic feeling of being a child.

“I guess I’m old enough now to feel totally disillusioned about the politics and culture of the ‘90s – which is to say I’m seeing the era clearly! – but still it’s hard not to miss the wide-eyed wonder of being a kid,” says Terrel.

“I think there’s a double strangeness in looking back on our childhoods from our late twenties,” he notes. “For one thing, the memories themselves are fuzzy, deceitful. And then all the strongest emotions I can access – the moments of joy and triumph or heartbreak–feel unfamiliar, like I can’t see the world that way anymore.”

Do you get it now? The reason why they look so sad while doing pretty fun (generally speaking) stuff is that through the prism of the years it just doesn’t bring the same light.

Terrell’s bandmate Libby Rodenbough also says it was tempting to make this song in a kind of “bluesy direction”, but they fought the temptation to make it “quirkier” and “weirder” (which, I personally think, was the right call). 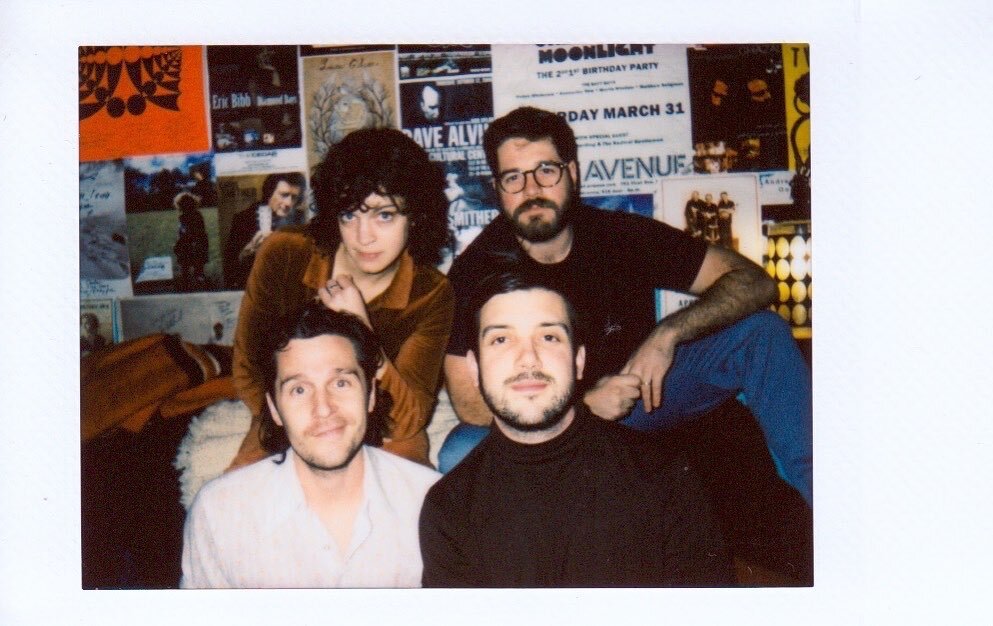 “Joseph’s lyrics are like that; they describe nostalgia for childhood in a way it often feels to me: sort of uncomfortable and sad in an inscrutable way, but charged with the emotional memory of something beautiful,” says Rodenbough.

Mipso consists of four members — Wood Robinson, Libby Rodenbough, Jacob Sharp and Joseph Terrel. Each of them is a songwriter and a lead singer — which is already pretty unique for a modern band. They’re also getting additional musical contributions by Mark Goodell, an artful engineer and guitarist, as well as Mipso’s touring drummer Yan Westerlund and their longtime collaborator, Shane Leonard.

The North Carolina Quartet’s video has been out for some time now, but there’s more to look out for: the new self-titled album is set for release October 16. You can pre-order it here.