His interview was conducted on May 20th, 2020. As we were writing this article, we got news that a frequent collaborator of Benji’s, and one of Toronto’s rising stars, Houdini, was murdered. He was just 21 years old. His spirit lives on through people like Benji, and many others whom he has inspired. We all hope that we can do our part to help bring the city together. These children are sons and daughters, these children could have been mothers and fathers, these children are our brothers and sisters. Enough is enough. #StopTheViolence 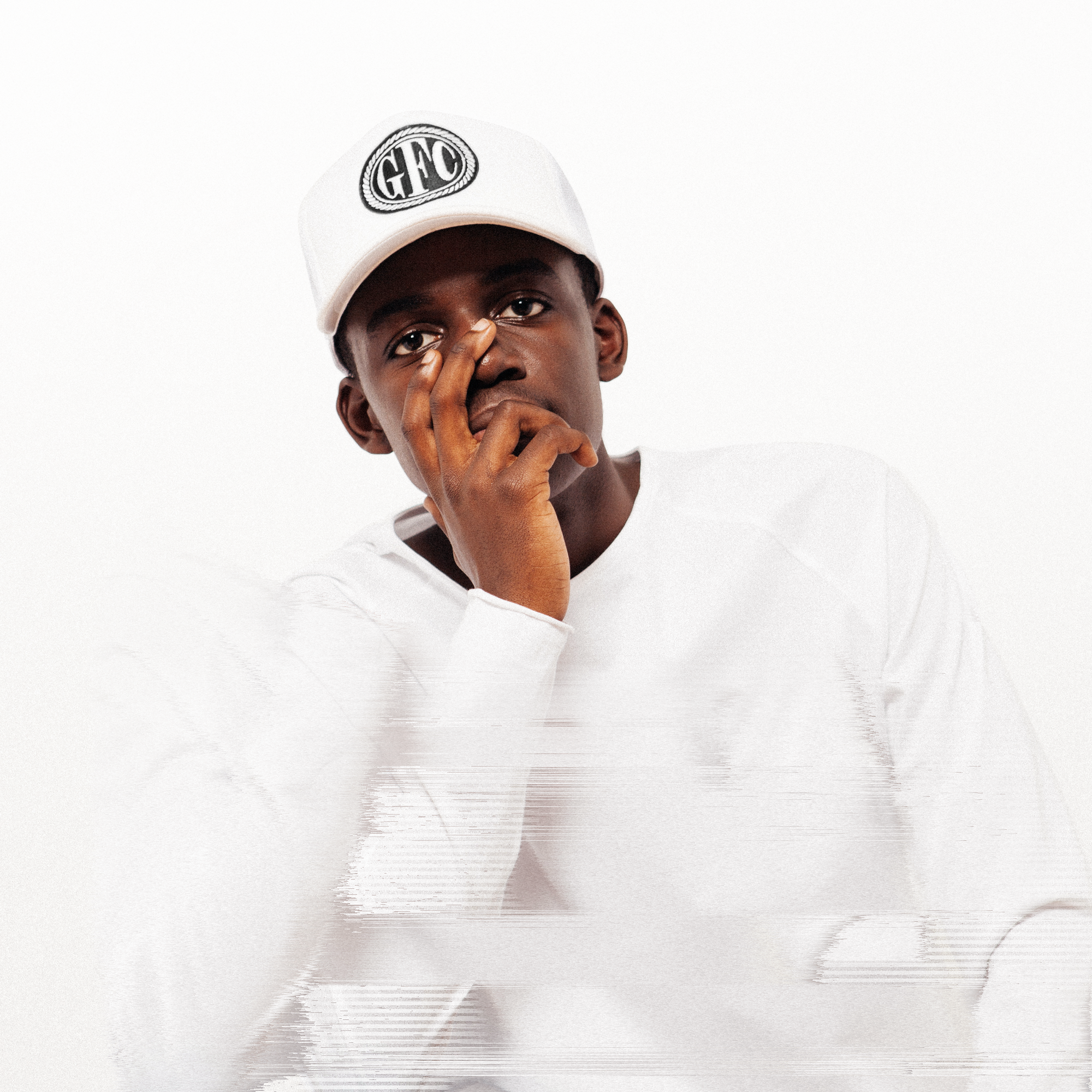 As we talked to Benji, we found out there were a lot of things that many people might not know about him just from his work. Although he has already garnered national attention and has a client base that includes some of the biggest acts in music, he has only been creating graphics full time for about 3 years.

Benji was born in New York to Ugandan parents, before moving to Toronto. He, his oldest sister, and his parents moved into a basement apartment before eventually moving into the house that he grew up in. Spending most of his life in Scarborough, Benji cheerfully discusses how he’s been around family and friends most of his life. Over the course of his childhood, he went from being the youngest brother, to the oldest brother – now helping take care of his younger siblings, as well as his family back home.

Early on, Benji kept his work life separate from his home life.

“At first, I didn’t really tell anyone what was going on, but now they’re really involved and supportive, especially because of the CTV interview. They’re really supportive and can see the ins and outs of it – especially in quarantine. I think they’re learning a lot about the business just because I’m at home a lot more. Before I was on the go and all over the place, so they were just taking in the work like everybody else. But now, they see more of the behind the scenes.”

We asked Benji about how he used to go about his business before everything was on lockdown. As a 16-year-old it’s easy to be focused in on your neighbourhood and surroundings. Just getting to know your graduating class can be a feat, but Benji had always had his sights on more.

“I got into networking and traveling downtown after I met with my friend Steven Van (another young Toronto creative) in probably 2017 or 2018. I was doing it on weekends, so it wouldn’t really conflict with my school. Once I started getting busier, getting downtown would take like an hour, so I’d use my time wisely – manage my time. Usually that travel time was the time I would think or just relax. Whenever I wasn’t traveling or on the train, I’d be working.”

Benji attributes his hustle to how he learned. A lot of what he learned about graphic design came from YouTube tutorials, some, created by other young, motivated creatives. It was after some of his early clients like Jayy Brown, The Prime Boys, and LB Spiffy invited him to attend an event downtown, that he decided that he loved what he was doing. After praising HXOUSE, the Apple Camp and the city of Toronto for its opportunities, Benji casually mentioned that he worked with Danny Green, HP Canada and the Toronto Raptors for a meet and greet, where he met a lot of “cool photographers and people he could work with”. 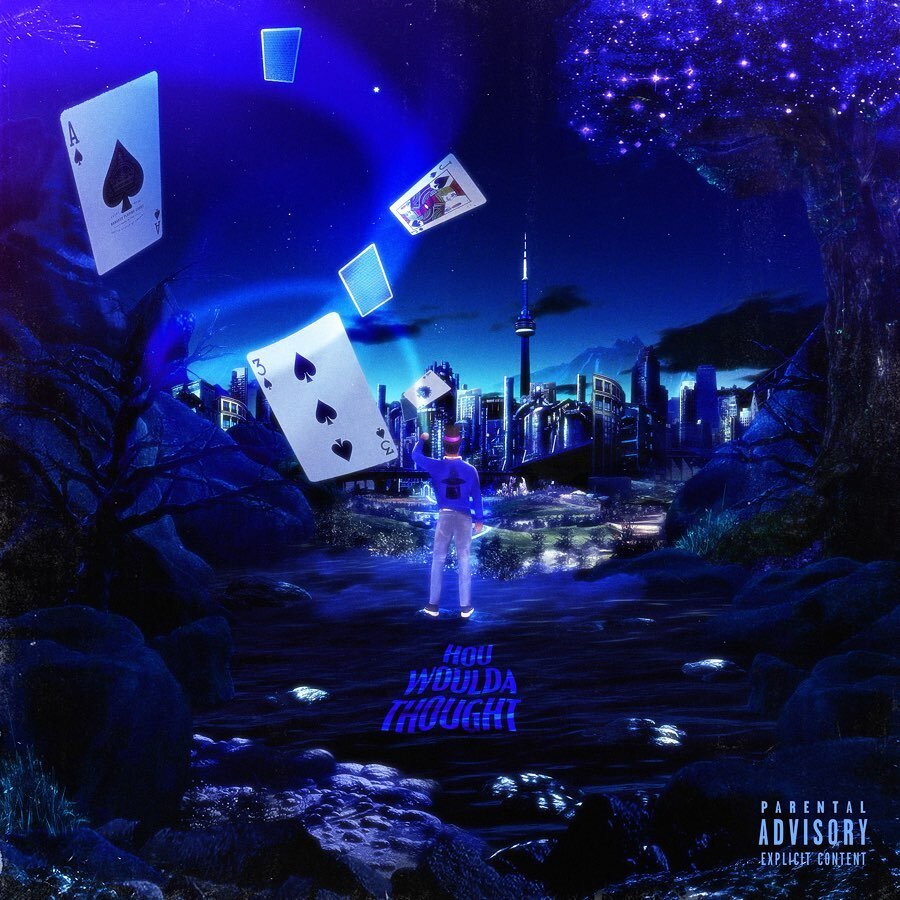 Benji started growing his brand the same way any young student would. He would help friends that needed graphics, create fan art for musicians that he loved, and also create music video trailers to help promote their songs. In addition to growing as an artist himself, it was Benji’s likability that propelled his brand and clientele.

“Doing projects for those people who were upcoming, and from Toronto really helped me. They’d shout me out and do stuff like that to help me grow.”

“The first big placement I got was a cover art with LB Spiffy and at the time that it dropped it was a big thing for me because that was the first artist I worked with, and also Drake previewed his song [“No Time”] at OVO Fest. That actually led to me meeting the guy that owned 6ixbuzz after the shoutout LB gave me, then it was just history from there.”

The innocence and excitement ruminate from Benji even through the phone.

“I was hyped. At that time, I was in grade 8, in elementary school and a lot of my friends actually listened to him. My friend actually told me ‘oh you should make something for him’ and I seen that he was going to drop something soon, but I never thought much of it. I ended up sending something to him and didn’t even like check it because I didn’t expect him to look at it, but when it actually happened… we all got hype. I sent it to my friends in the group chat and it was just really rewarding to see. It wasn’t planned or anything, I just put it out there. Put myself out there.” 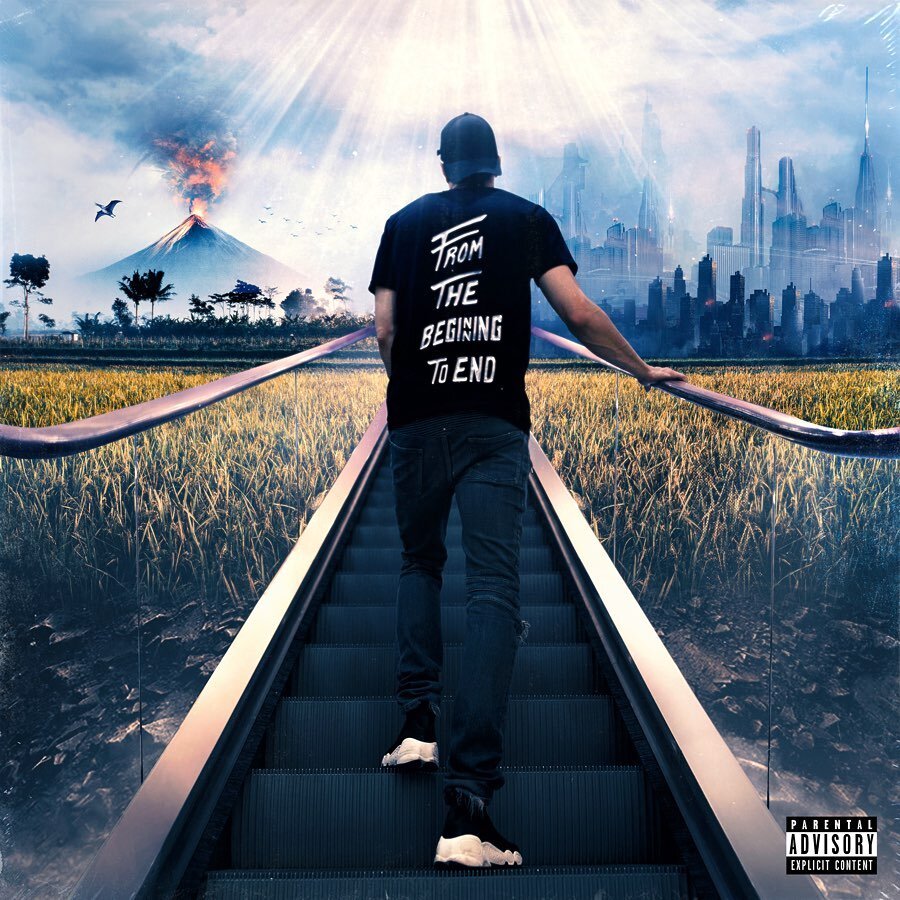 The expression of “Divine Timing” came to mind a lot while speaking to Benji. Everything he was working so hard toward, was happening at the right time. As his business began to bubble up locally, the popular Toronto rap group Prime Boys hit him up about editing a video for them.

“I had never done anything like that before, but I ended up trying it out. I never knew I could do it, but I watched a tutorial on YouTube and told them I could. After that, I began to work closely with their manager and the other artists that they work with. They were one of the brands that really supported me early on. I don’t know what they saw in me, but they pushed me to try out new stuff and were really open to hear the ideas that I had.”

Working with the Prime Boys early on helped Benji grow into the artist he is now. The early video editing work led Benji into animation.

“I haven’t done a lot of video editing in a while, but now that I’m getting into animation, I’m getting to see both sides of it – like how I can implement the art I can create into an actual video, doing like 3D and different effects with it. It was a really cool experience because now looking forward into the future I’m looking into lyric videos. I realized that I could help bring the art to life. Basically bring the lyrics to life, by highlighting the main things that make sense to me – using my video editing skills and my art, I’d make the art come to life – move, and kind of create like a music video but out of art. I can’t wait to release some of the stuff I’m working on now. I wanted to do it for Roy but the deadline was too quick.”.

Benji’s latest work came with the release of OVO-veteran Roy Woods’ latest EP Dem Times. Benji took care of single art, the album cover, and the animations for promo. In the coming weeks you’ll be seeing a lot more of Benji’s work, as he’s assured us that he’s been creating work for some other really big Toronto acts, “I really like doing rollouts because it’s all my talents. I know how to do a lot of things, so its fun bringing it all together.” 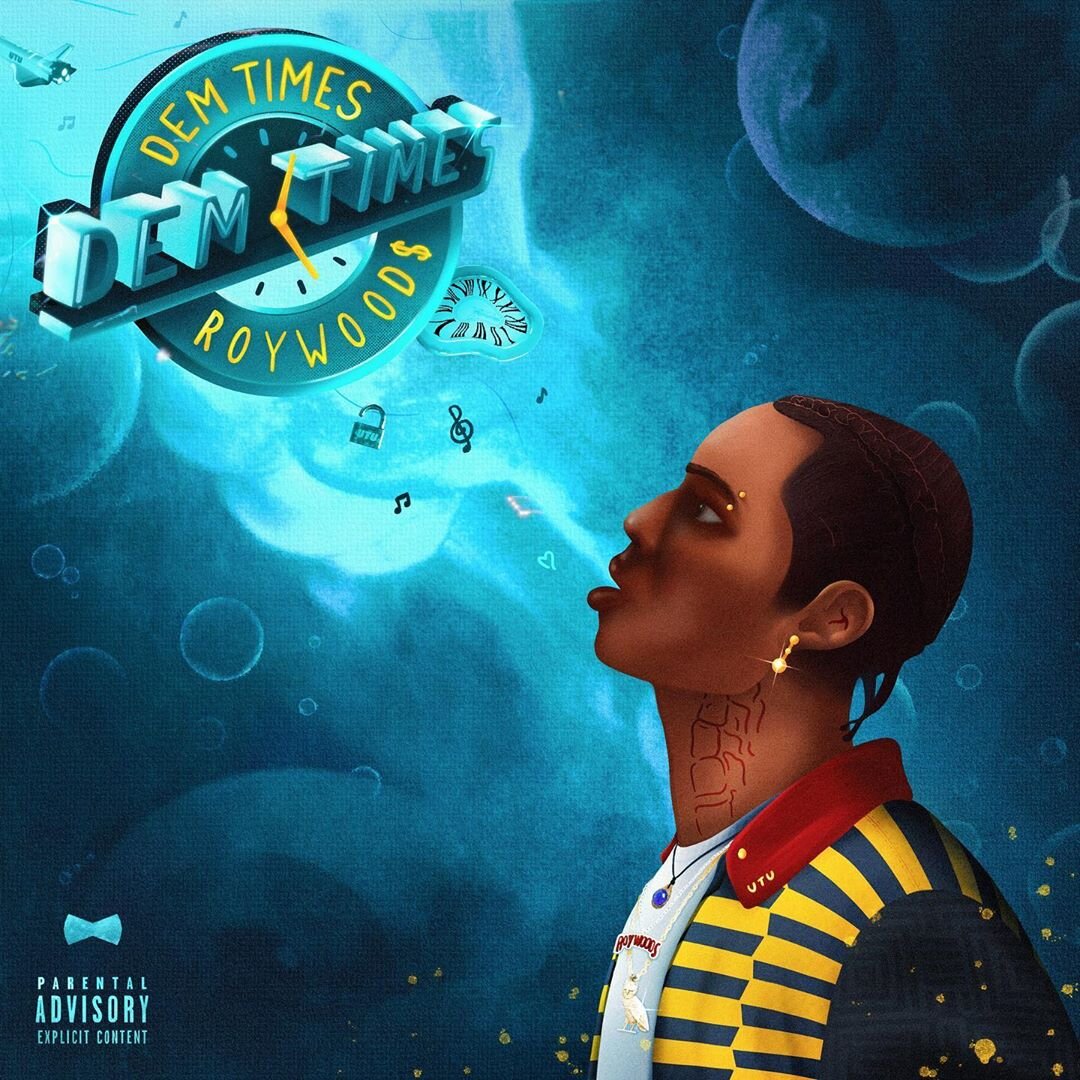 Although we discussed it earlier, Benji’s aspirations reach further than just creating art. He’s working to create a community that not only creates, but learns and supports. He doesn’t want to go into detail right now, but we’ll be sure to keep you in the loop. By this time next year, we’re gonna have a lot more to talk about.

“I don’t want to just be known as a graphic designer. It’s definitely true to me and it’s fun to do those things but there’s a lot of other talents and stuff that I could show either on my personal brand or in another company. I for sure want to expand my potential”.

We talked to Benji for an hour, his excitement, confidence, and humbleness made for an incredible conversation. We eventually veered away from his art and started discussing life – which we should have known Benji could teach us a lot about.

Benji is doing this for more than what we could even imagine, and this is just the beginning. He speaks highly of his family and school, because although he’s young, he understands how important both are. He shares the same frustrations that many of us had and might still have, but instead of dwelling on them, he’s optimistic. He talks about how he appreciates the lessons, habits, and experiences that both school and family have taught him. He never once spoke negatively about anything. He admits that there is a lot that he wants to share with the world, in regard to why he wants to do things the way he does, but we decided to choose just one anecdote for now: 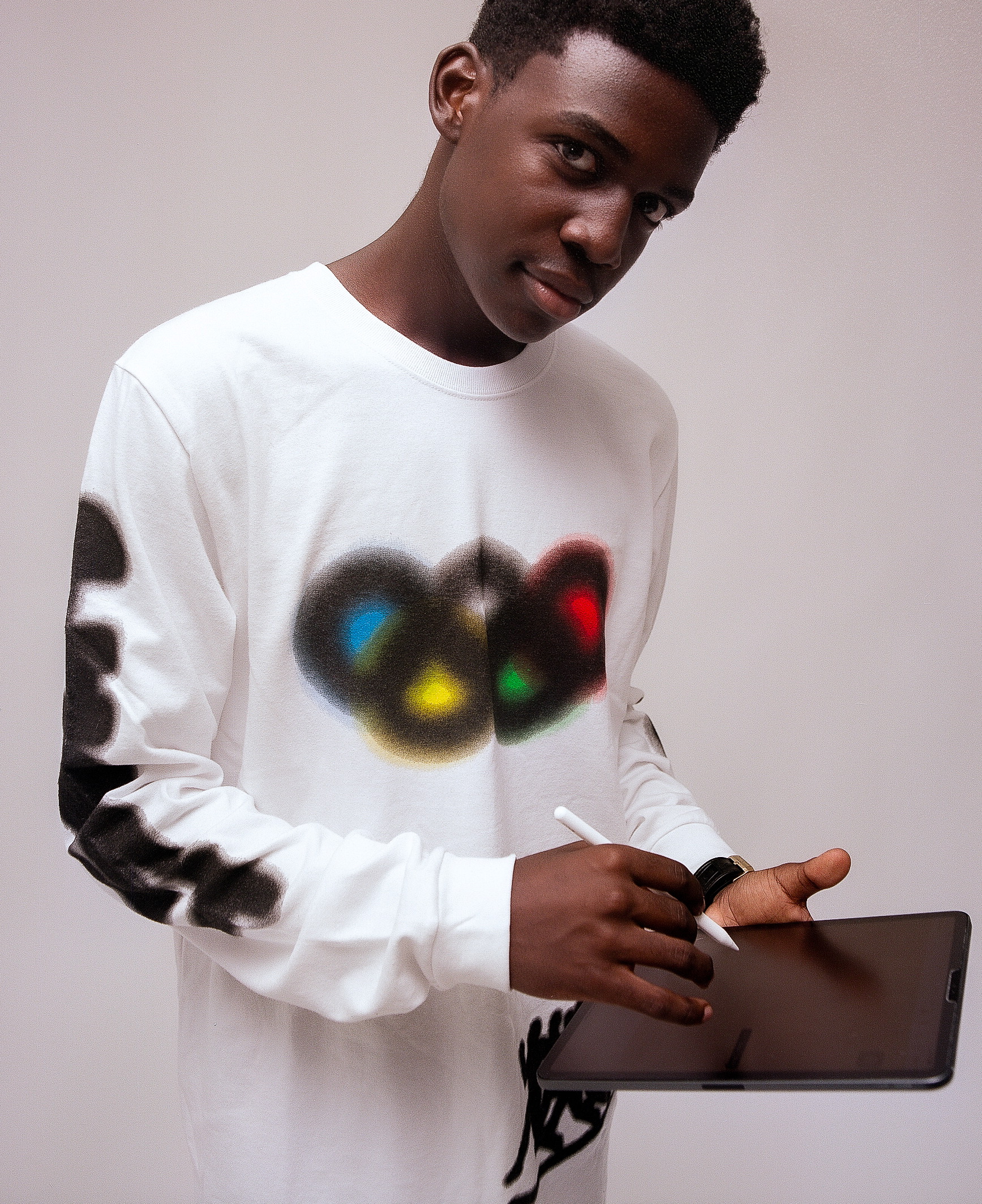 He visited the Philippines at the beginning of last year and admits that it “changed his life and the way he takes things in”. He opened up about how he had a hard time relating to the childhood experiences of his parents, who grew up in Africa, but now understands that the rest of the world is much different than where we grew up.

“A lot of those kids were happy; they had a totally different mindset from people here. They didn’t take anything for granted, they’re happy. I remember when we were giving out gifts to a few people but there was this one girl that didn’t’ want any toys. She wanted toothbrushes and toothpaste to give to her relatives”. He admitted that it was crazy to him and it felt like a lot, but we agreed that it was truly beautiful.

After he told us more about his family, and understanding why they helped him grow up the way he did, he reflects and shares with again, nothing but admiration, love, and respect.

We couldn’t help but tell him repeatedly throughout the interview that he’s an inspiration for many, and he never once backed down from that responsibility.

“It’s honestly just the truth that needs to get out there. There’s so much stuff on social media today that pressures a lot of topics. I feel like there needs to be more people out there expressing what needs to be heard”.

In addition to everything else, we inevitably ended up talking a lot about music. We asked Benji if he would be willing to curate a playlist of tracks that have inspiring him during this quarantine which he was very excited about. He’s already put us onto a bunch of great music. Check out his playlist below and show him as much love as you can. 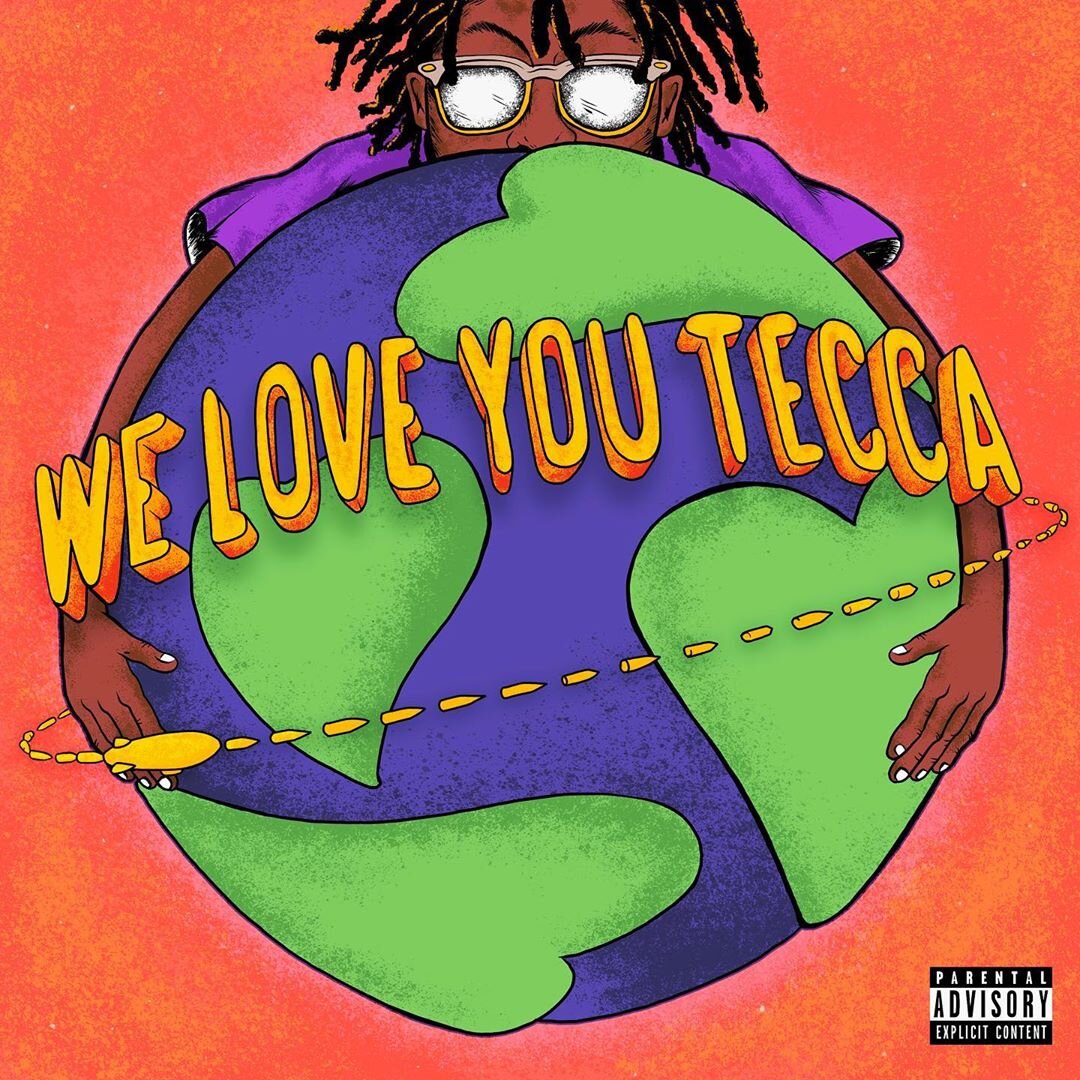