Get to know Canada’s next promising star: Boslen. This 21-year-old rapper was born and raised in the suburbs of Vancouver, BC. He came from the small town of Chilliwack and is now on the rise as one of the most talented artists from the West Coast. Initially, the young artist had a different dream. He wanted to be a professional rugby player. He had a full scholarship at the University of Victoria and a position on Team Canada Rugby, but while playing, he tore two ACLs, which immediately ended his goals of an athletic career. After that moment, Boslen knew he needed to change the direction of his life. That is when he started making music.

Now, Boslen has a growing fanbase of over 600, 000 listeners and has gained over five million collective streams. He started his career with the release of his debut EP Motionless in 2018. After garnering success from this album, he released the sequel mixtape Motionless II in the same year. Fast forward to 2020, one of his most popular songs, ‘VULTURES’, amassed over 170, 000 streams in over a month. This song also caught the attention of notable media companies such as Lyrical Lemonade and Ones to Watch. His new song, “MY WAYS”, released on July 22nd and includes an upbeat melody co-produced by Nani Beats and executive producer justsayin. In an interview with StockX, Boslen also revealed that his debut project will be releasing sometime in October.

I reached out to Boslen to speak about his journey as an artist. Tell me a little bit about yourself. What was it like to grow up in a small town like Chilliwack?

“It was really nice! Everyone kind of knew each other and I found that all my friends lived close to each other as well, so the social environment was really pleasant. I never experienced a big city, so a small town was all I knew.” 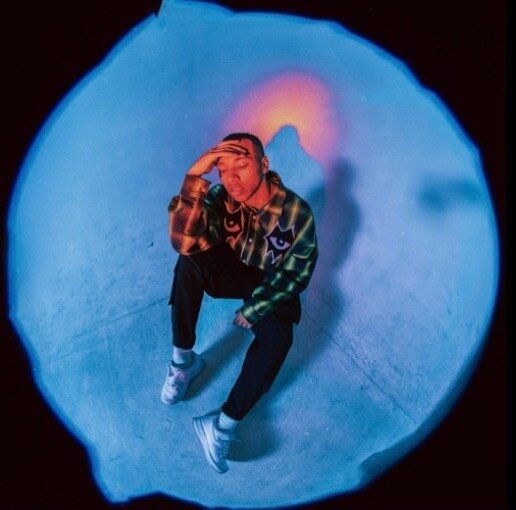 Although he grew up in a small town, his ambition was always big. For some, it could be hard to find a new passion when one dream fails, but Boslen was different. How did you get into music?

“I got a full ride scholarship to UVIC and then tore my ACL in my second year. From there I was not in a good place mentally, so I used music as an outlet to express myself and along that second year Isaac (my manager) and I dropped out of university to pursue my career full-time after selling up my first show in Vancouver.”

Music is truly the best outlet to express one’s creativity, emotion and depth. So, what is your creative process behind your music? What inspires your sound?

“Normally I get inspired by the production side first, for instance, the whole process behind the album was my executive producer “Justsayin” and I in the studio, he makes the beat based off of the mood I’m in or the direction we both feel we need to take the album. My writing process always comes second to my melodies.”

Speaking of melodies, your latest single, “MY WAYS”, has an upbeat sound to it. Can you tell us what it’s about?

“Mainly it’s about myself facing mental health issues and finding ways to overcome them. I find that a lot of people need a song like this during these times (global pandemic). Specifically, because I’m bringing light to a dark issue.”

This new song can definitely act as an uplifting song for fans during these tough times. But how about yourself, who are some of your favourite artists to listen to?

Boslen is known for his impressive stage presence after appearing alongside notorious artists such as A$AP Rocky, A$AP Ferg, Young Thug, Rae Sremmurd, and Lil Mosey at Vancouver’s hip hop events, Breakout Festival and AMS BBQ. Not to mention, his own performance in front of a 100, 000+ crowd at 420 Festival. These artists are only the beginning, he plans to work with Post Malone and Kid Cudi in the future.

As a new rapper in the scene, Boslen has many more goals to accomplish. He is only at the tip of his iceberg and there is so much more fans would like to see. Tell me, what are some of your upcoming goals?

“To inspire kids just like me to chase their dreams. To make this album go Gold. To make my own sound and stop being compared to X, Y, or Z.”

Boslen is on his way to the top and hopes to inspire other kids along the way. For all his fans out there, he would like to send this message:

“I can’t wait for y’all to hear this album. I’ve never worked harder on something in my life and this is only the first step. Love y’all. BOSLEENNNNN!”